Ahh Nashville, the destination of choice for our vacation! After leaving St. Louis about 11am, we took a quick refueling break completely by chance in Metropolis, IL (home of Superman).

We arrived in Music City around 3:30 to check into The Capitol Hotel in the downtown area, across from the Capitol building…thus the name. The staff at this hotel was very nice; the hotel itself was OK. It was the cheapest downtown hotel. This may shock you-so please sit down or stop driving; the pictures were better than the actual hotel. It’s basically a 3 story motel with the room doors facing the outside. Not a big deal to me; as we were planning on going out downtown and having a good time until the wee hours of the morning anyways! However, if you’re looking for a cheaper hotel close to Broadway, I’d recommend it. I’d probably even stay there again-just don’t expect the Four Seasons.

About a week before we left for our trip, I had reached out to Minnesota Vikings long-snapper Kevin McDermott (who is originally from Nashville) via Twitter in hopes that he would give me some advice on local things to try. Well, he actually responded!!

Big “Thank You” To Kevin for taking the time to actually give a thoughtful response to me, I was impressed. So anyways, after checking into the hotel, we decided to take him up on his recommendation of great BBQ and headed to Peg Leg Porker to try some authentic Nashville BBQ. It was pretty good! I’m not going to say it was the best I’ve ever had, but it was very, very good. I really liked the flavor, but honestly–the ribs were a bit dry. The mac and cheese was phenomenal–something about shells and cheese that drives me wild.

That night we went out to Broadway and checked out some of the bars and I was immediately blown away by the amount of talent on every single stage. So we enjoyed some music and some long-neck bottles. It was really a good time! Also, I think Nashville must be the Bachelorette Party Capitol of the world. I think there was at least one at every single bar-unless it was the same one and they were following us…Either way, we both had a blast and enjoyed some really good music.

SO, anyone who knows me also knows that I get borderline obsessed with taking recommendations from people I know. Well, that obsession goes to a whole ‘nother level with a celebrity. So, I was ready to go right down the line of suggestions from Kev (yes, I can call him Kev); but Kate thought maybe we should do what we had already planned to do instead. #marriage (KIDDING, KATE …if you’re reading this …if you’re not, then #marriage…)

Well, I was in luck because one of the things we had planned to do anyways was go to the Ryman Auditorium. This got us out of the 35 degree weather that plagued the city all weekend anyways. I was indifferent about seeing the Ryman, I’m not a giant country-music fan and I generally don’t like old buildings (right now, my mother is reading this and nodding in agreement–and now she’s laughing at that statement). Kate and I splurged and bought the “behind the stage” tour, and I will say that it was really cool. We were in the same dressing rooms that once had Johnny Cash, Elvis Presley, Garth Brooks, Hank Williams, and most importantly, Carrie Underwood getting ready for a show at the Ryman (The Grand Ol’ Opry was also held there from 1943-1974). That was a pretty cool experience, as well as actually standing on the same stage as some of the greatest musicians ever. Our tour-guide was terrific and really made sure we understood the history behind the building. Basically, the building started as a church to offset the number of saloons that the city had. #History101

After the Ryman we needed to get something to eat, and although the on-site cafe looked REALLY good; we opted to try out Nashville’s famous “Hot Chicken”. Apparently the place to eat Hot Chicken is at Hattie B’s . We arrived at the closest one to our current location (I believe there are 3 around Nashville) and the line was out onto the street and parking was tough, so we found one about 5 minutes away and figured that would be a little quicker. It wasn’t. We arrived and again saw the line into the parking lot just to get in! Well, that obviously means there is something inside worth waiting for. So we did…for an hour and a half…in 35 degree temperatures. Once inside, you can order chicken with six different flavor levels: Southern, Mild, Medium, Hot, Damn Hot, and Shut the Cluck Up. Kate had Southern and I had Medium (could have handled hot); and we both agreed they were the best chicken tenders we had ever eaten. They were giant, juicy, and just enough breading to make them crispy without overpowering anything. Absolutely delicious! Again, I had Mac and Cheese because…just because.

After we ate, we checked out the Parthenon. It’s big….its fine. I dunno what to say about it… It was cold and rainy/snowy..so we were already kind of hating being outside walking around. Worth seeing…I guess? Judge for yourself.

After the Parthenon, we went back to the hotel to regroup for a bit and then headed back out in the cold. We decided to walk to the Wild Horse Saloon because of how famous it is and Kate wanted Deep Fried Pickles. After walking for quite awhile, we finally got to the front door and saw a sign that read “Closed for a Private Event”.

So, we decided to check out the pedestrian walking bridge that went over the river. This was really cool both literally and figuratively. The view of downtown Nashville is awesome from the bridge!

After walking for quite awhile around downtown, we were hungry (almost hangry) again. This time we went to Puckett’s right down from our hotel. Again, I had BBQ and mac $ cheese. Are you sick of hearing what I had to eat yet?…Me too..sorry…but here’s a picture anyways.

That night, we went out to some more bars–this was probably the first time that Kate had actually started feeling better since we left Minnesota. Unfortunately, we had a long road trip to Charleston the next day. (Read about Charleston)

We are definitely heading back to Nashville for a long weekend when we both feel 100% healthy and it’s not the same temperature as the place that we escaped from.

‘Till we meet again Nashville! 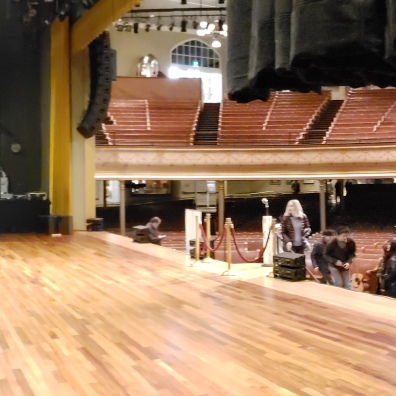 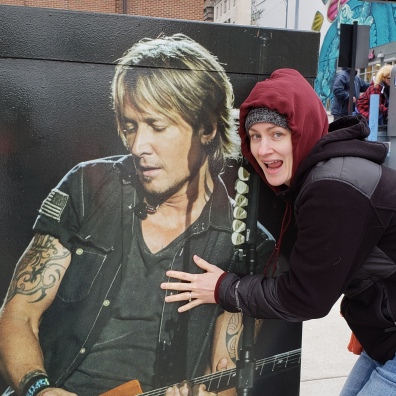 Kate and her BF 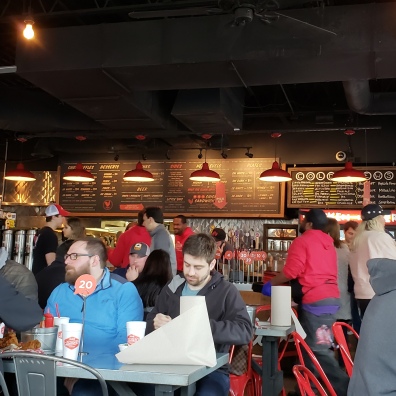 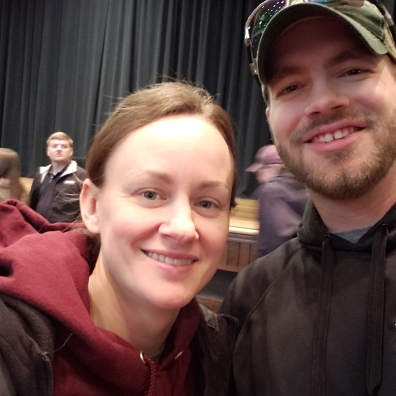 2 thoughts on “Nashville on Stage”